I’m happy to be part of the Lort Smith family 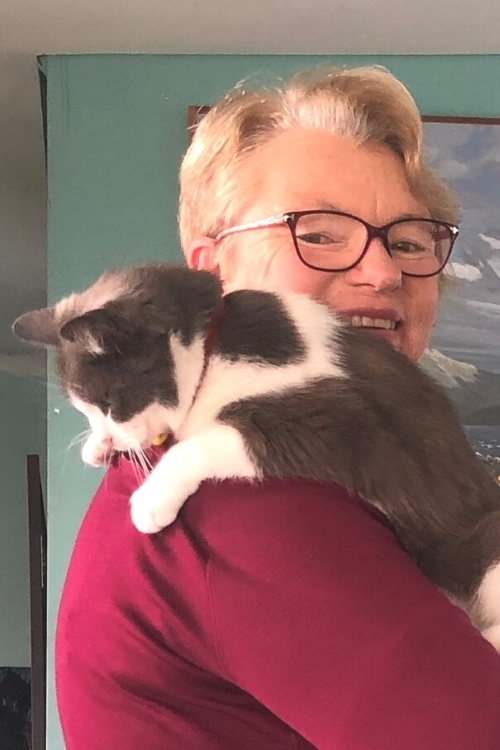 Our services include a hospital, adoption centre and community outreach programs. Make an online donation today – your support will enable us to help animals across all three service areas.

Janet Rice has accomplished much in her life. She is an Australian politician, member of The Australian Greens, former councillor and mayor of Maribyrnong City Council, environmentalist and one of the founding members of the Victorian Greens. But most notably, she is a proud adopter of three Lort Smith cats!

“I’ve always lived with cats. My wife and I had previously had two cats that we had adopted from Lort Smith in 1990. When one of them passed away in 2005, we knew we wanted another cat so the obvious thing to do was to see if Lort Smith could help us out again,” remembers Janet.

And that we did! Fourteen years later, Trieste is still going strong.

“She was a classic kitten and was into everything. She loved to sit on my son’s shoulder and still does! Trieste has always been a very affectionate cat, and wants to be with you all the time. If she isn’t sitting on my lap or draped over my shoulder, she is always nearby.”

This has proven problematic when Janet works from home – she steps on the laptop keyboard making it impossible for her to work – or insists on jumping on Janet’s shoulder getting tangled up in her headphones when on a video call!

“Over the last weeks Trieste has made special appearances in online Senate committee hearings and other video conference meetings! I’ve taken to introducing her as part of the team!

“Trieste is always there for me, always up for a cuddle and a pat. She usually sleeps at the foot of my bed, helping to keep my toes warm, and usually knows to not wake me up until the radio comes on – then she moves and will sit on my chest, and gently reach out to pat my face with her paw if I’m not paying attention to her! Sadly my wife passed away last September so Trieste’s love and affection has been very important to me in this time.”

According to the Human Animal Bond Research Institute, a broad range of investigations have found that human-animal interactions can reduce anxiety and depression and help protect against a variety of other negative feelings and emotions. Positive human-animal interactions appear to be related to changes in physiological variables in both humans and animals, such as reduced heart rate and blood pressure.

“Every cat I’ve ever had in my life has either been adopted or has been a stray – that is, they have adopted us! There are so many cats that need a home it seems crazy not to adopt one of them rather than buying one from a breeder. And Lort Smith is a Melbourne institution, providing quality affordable veterinary services and plays a big role in promoting responsible pet care to the community, so I’m happy to be part of the Lort Smith family.”

Janet encourages anyone considering incorporating a pet into their life to ‘go for it!’

“It’s such a rewarding relationship. But do it on the basis that your pet is a unique and individual creature – it’s a relationship you are entering into. They exist beyond just giving humans pleasure; the quality of their lives matter too, so it has to be a relationship that works for both of you. And you have to be committed to responsible care, and be concerned about the wellbeing of other creatures too. With cats that means keeping them inside as necessary, and ensuring that the lives of other animals aren’t threatened by your cat. I love the way that having pets can connect people with the rest of nature, and realise that there’s more to life than just humans and that it’s our responsibility to care for all of life, not just ourselves,” shares Janet. 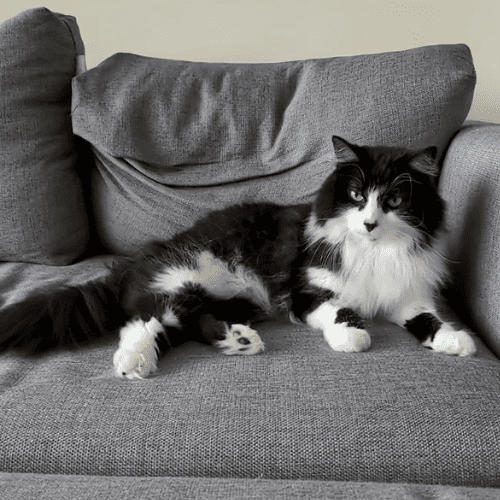 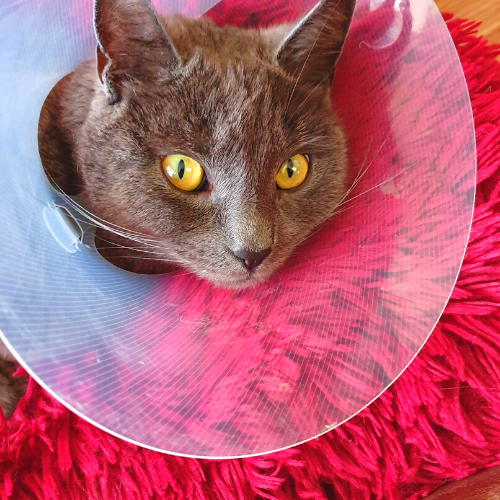 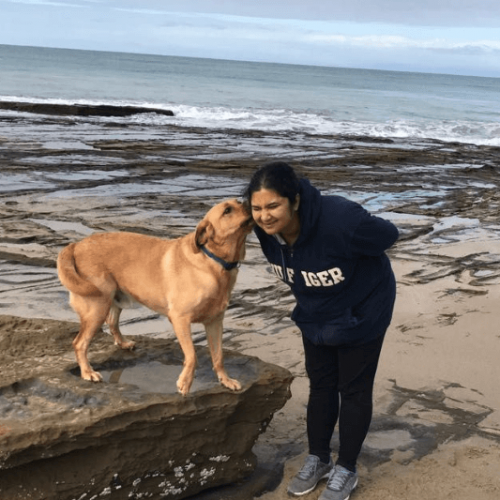