Home / How you can help / Our stories / Lenny 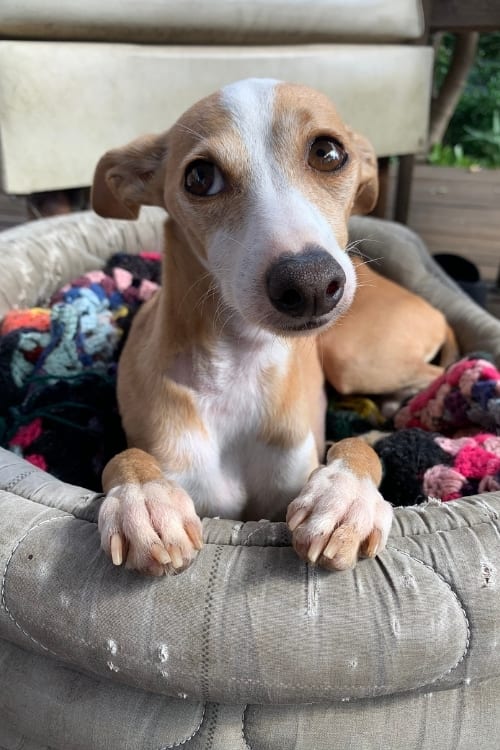 Lort Smith provides support and care for thousands of sick, injured and vulnerable animals each year. Making a donation today will allow us to continue improving the health and happiness of those animals and people in our community.

Make a donation today to help animals in need.

Lenny is a two-and-a-half-year-old Italian greyhound. He presented to Lort Smith when he was having trouble urinating, and was unable to run around at the dog park.

Over the course of many months, Lenny had countless blood tests, x-rays, ultrasounds and an abdominal CT scan. Initially Lenny was diagnosed with a blocked urethra caused by bladder stones and he required surgery. The surgery was successful and Lort Smith was able to remove the stone from his urethra without any complications, and washed over 30 stones from his bladder.

Lort Smith carried out further investigations as it is unusual for a young, seemingly healthy, dog to have bladder stones. Tests revealed Lenny had an extrahepatic portosystemic shunt (PPS). This is an abnormal vein connecting the blood supply returning from the intestines to the vein returning blood to the heart, bypassing the liver.

Many conversations were had between Lenny’s devoted carers and Lort Smith vets, explaining PPS and the surgical and medical options available.

Dr Jonathon had conversations with a specialist surgeon regarding referral for surgery as Lenny’s presentation was not typical, with this surgery expected to cost $6,000+.

“This was heartbreaking because we felt we were going to have to let Lenny go. Not long after this I received another call from Dr Jonathon who, after discussing with the specialist, was happy to perform the surgery at Lort Smith. Dr Jonathon had completed this type of surgery several times. It was quite the emotional rollercoaster that day!” recalls Lenny’s carer Susie.

After weighing up the pros and cons, it was decided that surgery would go ahead. The alternative was Lenny having ongoing issues with bladder stones, neurological problems and he may only have had a few months left to live.

Surgery occurred in mid-April during COVID-19 lockdown. Lenny spent a couple of days in hospital and seemed to recover well. However once home, he deteriorated. He was weak, not eating and losing weight. He was hospitalised in Lort Smith’s ICU and his sweet little life hung in the balance.

Lenny had developed a severe infection at his incision site and abdomen (peritonitis) that caused some of his abdominal muscles and skin to die. He needed extensive surgery to debride the dying tissue and get on top of the infection – which was likely a result of his poor metabolic status due to his condition.

Based on an ultrasound, we also suspected that he had developed portal hypertension. This can occur when a band is placed on the vessel too tightly or for some reason the band causes the shunting vessel to kink. Dr Jonathon loosened the shunt clamp at the same time as dealing with Lenny’s infection.

Tiny Lenny struggled to recover despite antibiotics, fluids, excellent nursing and medical care. He was losing weight and ended up in a seriously compromised downward medical spiral with very low blood protein levels, and as a result developed oedema (fluid accumulation) over his face and legs.

A plasma transfusion seemed to help Lenny’s protein levels and his oedema improved. Unfortunately, Lenny then became anaemic. His little body seemed like it wasn’t going to be able to heal when Dr Jonathon called and asked if we would consent to a blood transfusion. I later found out that Dr Jonathon had gone into work on his day off to bleed his own dog for Lenny’s life-saving blood transfusion,” shares a very grateful Susie.

The blood transfusion was the turning point for Lenny, even though he still had a major wound that required frequent dressings, medications and tube-feeding to get his weight back up.

“We were working from home so able to be full-time nurses for Lenny, with feeds every few hours and major wound dressings, and lots of love and care. Lenny’s wound took months to completely heal and his weight has taken a long time to reach an acceptable level,” says Susie.

“Beats loves Lenny like a sister/mother. When he came home from his surgeries, she sat next to his bed just keeping a vigil. She was very reserved when Lenny was in hospital, she wasn’t interested in games and was often hard to be close to.”

“Lenny is great now and back to his usual kooky self. He is happy, playful, energetic and more loving than he ever was. He likes to run around the bush and on the beach. Lenny loves to lay in front of the fire until he is nearly cooked and he enjoys being wrapped in a blanket on one our laps.”

“Nearly losing Lenny affected our little family so much, as well as our extended family and friends. It felt like he touched so many hearts. Not only did we have the amazing love and care from Lort Smith we were surrounded by love and care from our community. We really do believe that so many people being on Team Lenny helped him to come back to us! We are eternally grateful to everyone who cared so beautifully for him and for us.”

“Special mention to all of the staff at Lort Smith that were providing this care during COVID-19. On a number of visits to Lort Smith we were met by staff running out to our car in the pouring rain to get him and take him inside. They were consistently friendly and loving toward him even under such challenging circumstances,’ shares Susie.

Lort Smith continues to monitor the regeneration of Lenny’s liver. 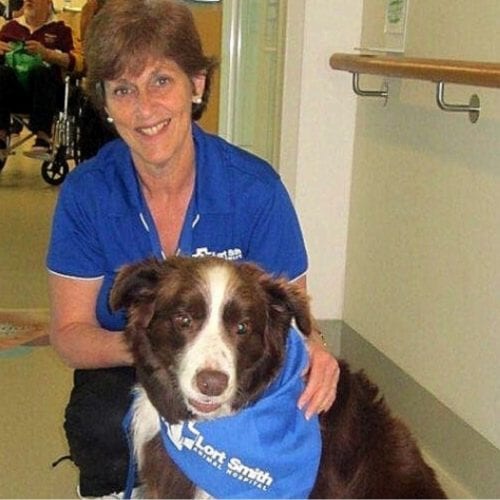 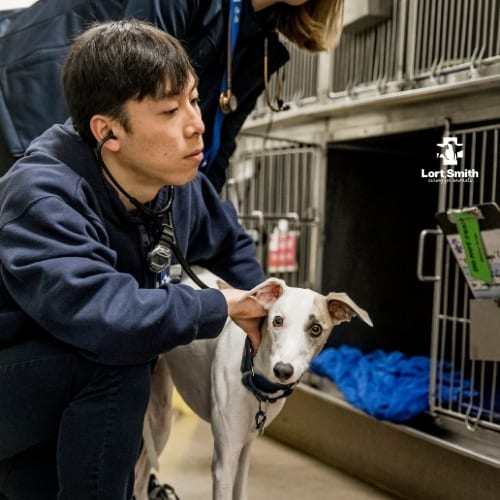 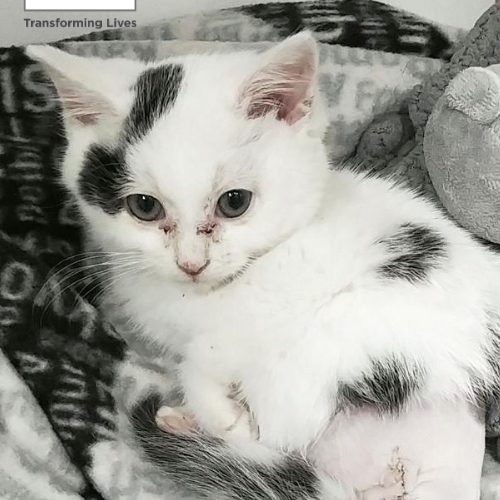 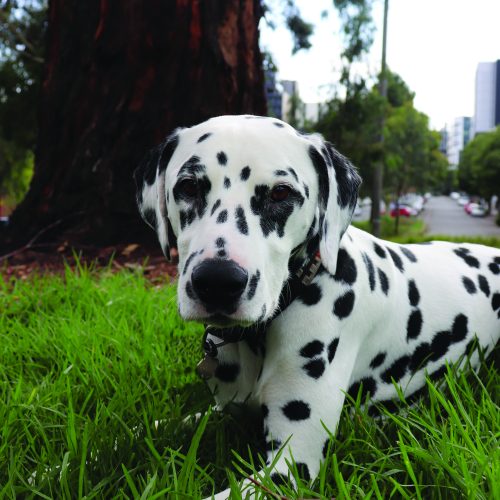 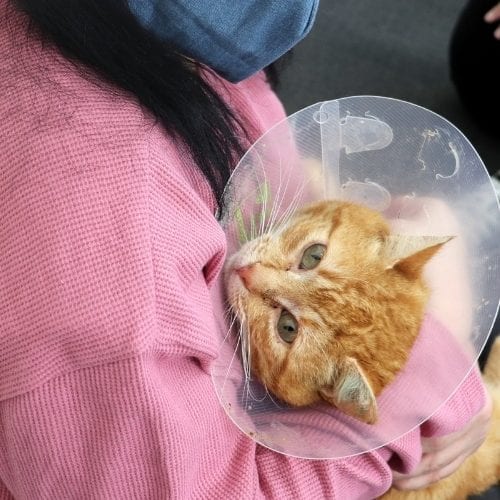